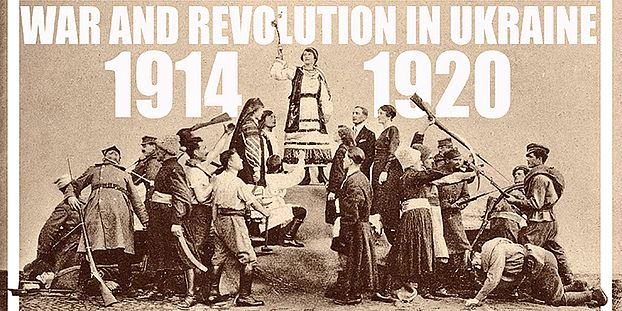 On the occasion of the centenary of the withdrawal of the Central Powers from Ukraine and the subsequent overthrow of Hetman Skoropads’kyi in late 1918, this workshop will examine the history of war, occupation, revolution, diplomacy, and state-building in Ukraine during the First World War and the various upheavals and conflicts to which it gave rise. Despite the great timeliness of this topic, much of the Ukrainian revolutionary period remains terra incognita for historians. The workshop’s objective is to take stock of what has been done on the subject, to share works in progress, and to point the way forward for new research.

At the beginning of the First World War, the idea of Ukrainian autonomy, let alone independence, commanded few adherents in the Russian and Austro-Hungarian Empires. The mostly peasant Ukrainian population was, by and large, indifferent to national categories. But the massive dislocations of total war opened up new vistas of opportunity for Eastern European activists. Nation-states, nationalized armies, and socialist experiments appeared amid the carnage as the imperial juggernauts faltered and withdrew. Ukraine was no exception, but, unlike Poland, Lithuania, Hungary, and Finland, its leaders failed to make their nation’s political boundaries coincide with its imagined ethnographic territory. Following a brief period of nominal independence under various short-lived states, the Ukrainian lands were partitioned between the Soviet Union, the Second Polish Republic, Romania, and Czechoslovakia.  Nevertheless, the idea of a modern Ukrainian state was born and legitimized by these events.