Union in Separation. Diasporic Groups and Identities in the Eastern Mediterranean (1100-1800) 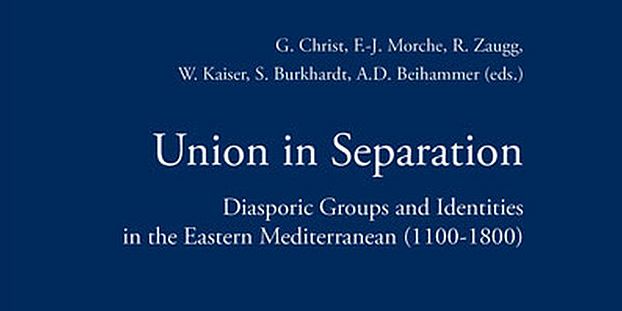 Union in Separation presents a series of case studies on diasporic groups in the late medieval and early modern Mediterranean and Black Sea regions. It explores how Armenian, Byzantine/Greek, Florentine, Genoese, Hospitaller, Jewish, Mamluk, and Venetian communities characterized by diasporic identities and inserted into local contexts navigated religious and socio-ethnic boundaries as well as other categories of difference. The volume draws on a wide range of historical and social-scientific methods and offers new perspectives on the arbitration of difference in the wider eastern Mediterranean from Tana to Cairo and Marseille to Isfahan prior to the emergence of nation states. It provides not only an analytical toolbox for historical diaspora studies but also reveals how, under the looming threat of crusade and within the daily routines of trade, diasporic groups and their hosts negotiated modes of coexistence that oscillated between cooperation and conflict, integration and rejection, union and separation.